Choose the word which is stressed differently from the rest.

4. a. volunteer b. wherever c. example d. disaster

Choose a, b, c, or d that best completes each unfinished sentence, substitutes the underlined part, or has a close meaning to the original one.

7. During the flood, Army helicopters came and tried to evacuate _______ injured.

8. Africa has always had a large migratory population because of war and _______ famine.

9. The International Red Cross helps people in need without any discrimination based on _______, race, religion, class or political opinions.

10. The International Committee of the Red Cross is a private _______ institution founded in 1863 in Geneva, Switzerland.

11. In former days, after the battles soldiers on both sides died or were left wounded on the field without any _______ attendance and basic care.

12. The International Red Cross has about 97 million volunteers whose main _______ is to protect human life and health.

13. The International Red Cross helps to ensure respect for the human being, and to prevent and relieve human _______.

15. The Red Cross on white background was the original protection _______ declared at the 1864 Geneva Convention.

16. The Red Cross is an international organization that helps people who are suffering from the results of war, diseases or _______.

17. An international medical conference initiated by Davison resulted in the birth of the League of Red Cross Societies in 1991.

18. In times of war, the Red Cross is dedicated to reducing the sufferings of wounded soldiers, civilians, and prisoners of war.

Read the passage carefully and choose the correct answer.

On Monday, May 12, 2008 a violent earthquake, measuring 8. 0 on the Richter scale, happened in southwestern China’s Sichuan Province. Hundreds of aftershocks followed in the area. The earthquake destroyed thousands buildings, roads, schools and hospitals, as well as infrastructure like communication networks and electrical towers. Thousands of people died or are missing, and more than 45 million people were affected by the earthquake, which has been the worst natural disaster to hit China for 30 years.

The American Red Cross has contributed $20 million to support the relief and recovery efforts of the Red Cross Society of China. These funds will be used to assist survivors through the purchase and distribution of relief supplies, coordination of logistics and transportation of disaster workers to the hardest hit areas. The American Red Cross has also sent relief experts to the affected area to help monitor and coordinate the response efforts. On June 6, the American Red Cross co-hosted a forum to address the U. S. response and recovery efforts following the earthquake. More than 30 representatives from humanitarian organizations, the business companies and the government participated in the event.

More than 35,000 staff and volunteers with the Red Cross Society of China responded to the disaster by distributing food, water, tents and other essential items. The International Federation of Red Cross and Red Crescent Societies are providing 100,000 tents to help those in need.

Concerned family and friends in the United States may have difficulty contacting their loved ones because telecommunication has been out of work by this disaster. If they are trying to reach relatives living in China or those who are citizens of China, the American Red Cross suggests them keep calling or try contacting other family members who live nearby.

a. left no aftershocks

b. destroyed everything except communication networks

d. had effects on more than 45 million people

a. the American Red Cross helped the Red Cross Society of China to recover from the earthquake

b. the American Red Cross owed the Red Cross Society of China $20 million

c. the victims of the earthquake were not helped to buy necessary things

d. disaster workers were not sent to the hardest hit areas because of the aftershocks

38. Which sentence is not true?

a. There are more than 30 representatives from humanitarian organizations, the business companies and the government in the US helping the Chinese earthquake victims.

b. The American government did not do anything to help the earthquake victims in China.

c. The American Red Cross has contributed $20 million to help the earthquake victims in China.

39. Which is not mentioned about the Red Cross Society of China?

a. It is a strong organization.

b. It gets on well with the American Red Cross.

c. It supplied the earthquake victims a lot of things except tents.

d. It has extensive experience responding to disasters.

a. it has been difficult to contact with the resident in the ,attacked area

b. the American Red Cross advised people not to keep contact with the victims

c. contacting with the victims was not a problem

d. everything has been in order soon

Fill in each numbered blank with one suitable word or phrase.

The United Nations Children’s Fund, or UNICEF, was (41) _____ by the United Nations General Assembly on December 11, 1946, to provide emergency Food and (42) _____ to children in ‘countries that had been devastated by World War II. In 1953, UNICEF became a permanent part of the United Nations System and its name was shortened from the (43) _____ United Nations International Children’s Emergency Fund but it has continued to be known by the popular acronym based on this old name. (44) _____ in New York City, UNICEF provides long-term humanitarian and developmental assistance to’ children and mother in developing countries. UNICEF is currently focused (45) _____ five primary priorities: Child Survival and Development, Basic Education and Gender Equality, including girl’s education, Child protection from (46) _____, exploitation, and abuse, HIV/AIDS and children, and Policy advocacy and partnerships for children’s rights. Related areas of UNICEF action include early childhood development, adolescence development and participation; life skills based education and child rights all over the world.

A (47) _____ funded agency, UNICEF relies on contributions from governments and private (48) _____. Its programs emphasize developing community-level services to promote the health and well-being of children. Recently, UNICEF has begun partnerships with world-class athletes and teams to promote the organization’s work and to (49) _____ funds. UNICEF greeting cards are sold worldwide to support efforts on behalf of children creating a better world where children are happy, healthy and live in dignity. UNICEF selects suitable paintings for reproduction from contemporary artists. Total income to UNICEF for 2006 was $2,781,000,000.

Choose a, b, c, or d that best completes each unfinished sentence, substitutes the underlined part, or has a close meaning to the original one.

6. She sustained severe head _______ after being thrown from her horse.

8. Up until the middle of the 19th century, there were no _______ and well established army nursing systems for casualties.

10. During World War II, the Red Cross organized relief assistance for _______ and wounded soldiers and administered the exchange of messages regarding prisoners and missing persons.

11. A _______ is a very large wave, often caused by an earthquake, that flows onto the land and destroys things.

13. We oppose this war, as we would do any other war which created an environmental catastrophe.

14. The first relief assistance mission organized by the League was an aid mission for the _______ of a famine and subsequent typhus epidemic in Poland.

15. The 1923 earthquake in Japan killed about 200,000 people and left countless wounded and homeless.

20. They had to delay their trip because of the bad weather.

Choose the sentence which has the closest meaning to the original one.

31. Mary says that when her drugs budget was exhausted she turned to the Swedish Red Cross.

a. Mary says that she was tired with the voluntary work for the Swedish Red Cross.

b. Mary says that she gave all her money to the Swedish Red Cross.

c. Mary says that the money she bought drugs was given to the Swedish Red Cross.

d. Mary says that when she ran out of money for her drugs, she asked the Swedish Red Cross for help.

32. I find it difficult to get rid of my smoking habit.

a. As for me, stopping my smoking habit is quite difficult.

b. I have difficulty smoking cigarettes.

c. My smoking habit has caused me a lot of difficulties. 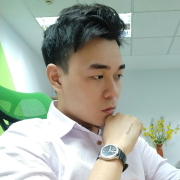