As viewed from space, Earth’s distinguishing characteristics are its blue waters and white clouds. Enveloped by an ocean of air consisting of 78% nitrogen and 21% oxygen, the planet is the only one in our solar system known to harbor life. Circling the Sun at an average distance of 149 million kilometers (93 million miles), Earth is the third planet from the Sun and the fifth largest planet in the solar system.

Our planet’s rapid spin and molten nickel-iron core give rise to an extensive magnetic field which, coupled the atmosphere, shields us from nearly all of the harmful radiation coming from the Sun and other stars. Earth’s atmosphere protects us from meteors as well, most of which burn up in the Earth’s atmosphere before they can strike the surface. The planet active geological processes have left no evidence of the ancient pelting it almost certainly received soon after it formed about 4.6 billion years ago. The Earth has a single natural satellite – the moon.

Question 1: Approximately how much of the Earth’s atmosphere is nitrogen?

Question 2: Which of the following helps to create the Earth’s magnetic fields?

A. Its blue waters

B. Its nitrogen atmosphere

Question 3: What two factors help protect the Earth from radiation?

A. Magnetic field and atmosphere

B. Blue waters and white clouds

D. The Sun and the Moon

A. Earth is predominantly water.

B. There are life-supporting characteristics on Earth

C. Earth is the only planet with a moon

D. Earth has no common characteristics with other planets

Question 6: The word distinguishing as it is used in this selection means ________.

A. elevating in nature

D. characteristics that set it apart from other planets

A. people on planets

B. the solar system as a whole

Bài 2. Read the following passage and mark the letter A, B, C, or D to indicate the correct answer to each of the questions

Do you think education is better now than it was in your grandparents’ time? Many older people in the UK believe the opposite. “Schools were better in our day,” they complain. “There isn’t enough discipline these days. Kids don’t work as hard as we did, either. The syllabus isn’t as challenging, so clever students aren’t being stretched enough. They need to study things in greater depth. Exams are much, much easier now as well.”

Were schools better years ago? Some British teenagers travelled back in time to a 1950s boarding school. They got a big surprise! The first shock came when the teenagers met their new teachers. Dressed in traditional black gowns, they look so frosty and uncaring! They were really authoritarian, too, so anyone caught breaking the rules – talking in classes, mucking about in the playground or playing truant – was in big trouble! Punishments included writing ‘lines’ or staying after class to do detention. The naughtiest kids were expelled.

Things were just as bad after class. At meal times the students had to endure a diet of plain, no-nonsense, healthy food. Homework was obligatory and it took ages! Copying essays off the Internet wasn’t an option, as personal computers didn’t exist in the 1950s!

At the end of ‘term’ everyone sat 1950s-style exams. The old exams were much longer than their twenty-first century equivalents and involved learning huge amounts of facts by heart. History papers were all dates and battles. Maths papers were trickier, too; calculators weren’t around in the 1950s, so the students had to memorise multiplication tables and master long division. Our candidates found this really difficult.

The exam results surprised a lot of people. Students predicted to do well in their real-life, twenty-first century exams often got low grades in the 1950s exams. Does this prove modern exams are too easy? Do twenty-first century kids rely too much on modern technology, like calculators and computers?

The TV series of That ‘ll teach ’em! focused on a 1960s vocational school. UK school-kids study a range of academic subjects these days. But in the 1960s, children judged to be less ‘able’ went to vocational schools. These helped them learn job skills. Boys studied subjects like metalwork, woodwork or gardening. In some classes, they even learned how to milk goats! The girls’ timetables included secretarial skills. They also learned to cook, clean and sew – probably not much fun for most girls.

Question 1: What criticism is sometimes made about modern education in the first paragraph?

B. The syllabus is out of date.

C. There’s too much stress on exams.

D. The teaching methods are not good enough.

Question 2: The word “authoritarian”in the second paragraph is closest in meaning to ____.

Question 3: Which of the following statements is TRUE about the food the students ate at school?

A. It wasn’t cooked properly.

B. It wasn’t delicious.

D. There wasn’t much of it.

Question 4: The word “obligatory” in the third paragraph is closest in meaning to ____.

Question 5: According to the passage, how did exams in the 1950s differ from those in the twenty-first century?

A They covered more subjects.

B. It took students less time to do them.

C. There was more to remember.

D. They were less difficult.

Question 6: What was surprising about the students’ results after taking the 1950s-style exams?

A. All the students found the exams difficult.

B. Students didn’t do as well as expected.

C. Students who were predicted to fail did rather well.

Question 8: Which of the following statements is TRUE according to the passage?

B. Vocational schools took children who were good at studying.

D. Vocational schools were a complete waste of time.

Bài 3. Choose the word or phrase among A, B, C or D that best fits the blank space in the following passage.

If you (1) ____ to go to a university, you usually apply during your last year at school, when you are 17-18. You can apply to (2) ____ at any university in Britain and most people choose a university that is not in their own town. So, university students usually live away from home. Students get a grant from the government to study. At the beginning of your last year at school, you (3) ____ an application form. On this form you choose up to five universities that you would like to go to. The form is sent to those universities with (4) ____ from your school about your academic (5) ____. If the universities are interested in your application, they will offer you a place.

Any offer, however, is only conditional at this stage. Applications and interviews take (6) ____ several months before students do their A-level examinations. These are the exams that you do at the end of your time at school. So, when a university makes an (7) ____, it will tell you the minimum grades that you will have to get when you do your A-level exams. If you don’t obtain those grades, then, you will not be able to (8) ____ the place. It will be offered to someone else and you must apply (9) ____ to another university. You don’t have to accept your place immediately. Some students don’t want to straight from school to university. (10) ____, after they have taken their A-level, they take a year out to work or travel.

Bài 2. Read the following passage and mark the letter A, B, C, or D to indicate the correct answer to each of the questions

Bài 3. Choose the word or phrase among A, B, C or D that best fits the blank space in the following passage. 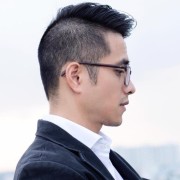